Why Pixs was an obvious rugpull from the start 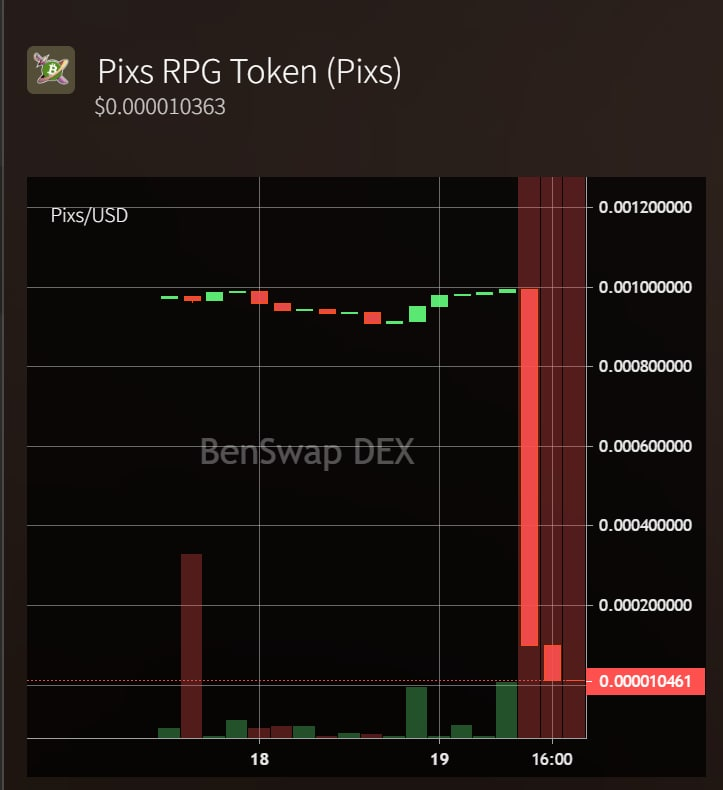 Many people fell victim to this elaborate scam because of how well it played out. But there were 2 obvious red flags that people missed is how they set up the IBO.

How an IBO is set up

Let’s first see how the IBO V2 works, on Benswap.cash.

The project owner decides the token they want to raise in exchange for their own token. In this example, the owner raised BCH and sold Pixs.

After choosing the wanted BCH goal, you can choose what to do with the funds after ending the campaign.

For Raised Tokens: It makes sense to send the funds to the Owner or another Wallet, or even better to Add Liquidity and Lock.

For Remaining Offering Tokens: Is a choice in case the goal isn’t reached, and the project owner ends it early. For this field, it makes sense to either send to a wallet or burn, as other projects have done in the past.

The BCH was never meant to be locked

In Pixs case, the IBO was set up in a way that tricked investors to think that they would lock liquidity, but the truth is all the BCH would be unlocked and available for them to sell immediately.

How did they also dump the “sold” tokens?

By now you’re probably asking how they stole the 60 BCH they raised AND dumped their own tokens in the market. After all, in an IBO you sell your own tokens for BCH. So in theory, the Pixs team would only have 60 BCH and no Pixs to sell to the market and dump the price.

What you probably didn’t realize is that they didn’t put all their tokens for sale in the IBO, which is 210,000,000 but they only put up 21,000,000 tokens for sale. They sold 11% and kept the 89%. The team obviously did this on purpose because they thought people wouldn’t realize it’s missing a zero. And they were right.

So in the end, the Pixs team managed to get away with 60 BCH from the raised goal + 56 BCH from dumping their own UNSOLD tokens in the  market for a total of 116 BCH.

How can this be prevented in the future?

In this case the raised amount was completed in just 10 minutes according to this tweet:

That means people rushed to buy and couldn’t really look at the details and allocation of the campaign.

The fix is simple: Force IBO’s to be created and posted before they can start funding. This way people can take a couple of hours to fully research the project and the token economics before the IBO starts and everyone rushes to buy first.

IBO’s are a decentralized and good way to kickstart your crypto project. After all, our token POTA was the first ever IBO on Benswap. However, please read the text in the campaigns and make sure you really look into what you’re about to give your money to.

Remember to always do thorough research and don’t trust. Verify.